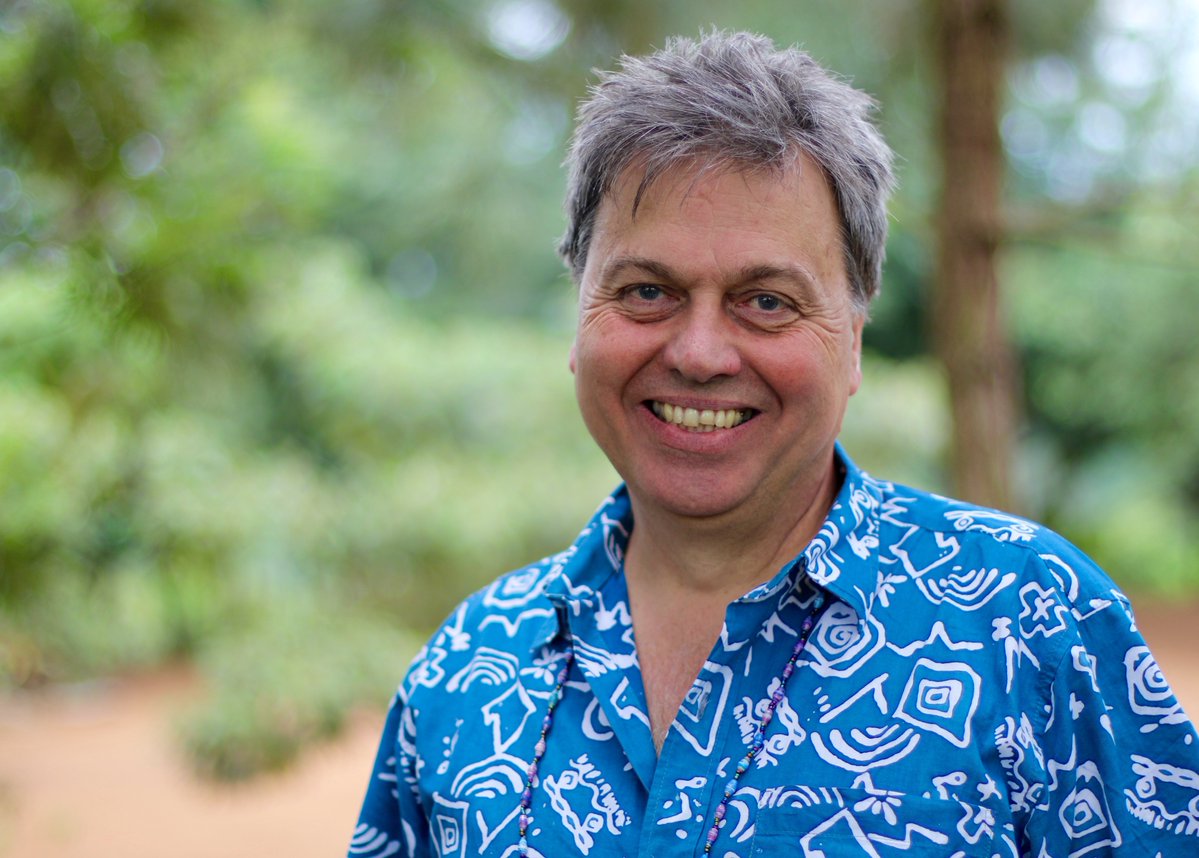 In this article, Michel Pimbert highlights the transformative elements of agroecology and food sovereignty to clearly identify overlaps and divergences with Climate-smart Agriculture and conventional development.

Five years ago agroecology was barely recognised within official circles, but today it is centre stage in policy discourse on food and farming. This growing international recognition is good news for proponents of agroecology. But, agroecology means different things to different people. As has happened before with words such as ‘sustainability’, the meanings of agroecology are now increasingly contested and re-interpreted by different people and interest groups.

Simply put, the term ‘agroecology’ is now being used by different actors as part of their vision of the future that either seeks to conform to the dominant industrial food and farming system, or to radically transform it. An example of the former is the concept of Climate-smart Agriculture (CSA) in which ‘agroecology’ is presented as an important component, as developed by the UN Food and Agriculture Orgnization (FAO , 2010) and promoted by the Global Alliance for Climate-smart Agriculture (GACSA). In sharp contrast, agroecology developed within the paradigm of food sovereignty has a more transformative content, theory and practice (see box).

The proponents of CSA have selectively incorporated some agroecological practices and combined them with more mainstream technologies of industrial farming.

At one level there does appear to be overlaps and possible convergences between CSA and the traditions of agroecology presented in the box. For example, FAO’s general definition of CSA describes attributes that are also claimed by agroecology: “CSA sustainably increases productivity, resilience (adaptation), reduces/removes greenhouse gases (GHGs) (mitigation), while enhancing the achievement of national food security and development goals” (FAO, 2010).

Moreover, proponents of CSA realise that approaches that focus exclusively on agricultural production without taking into account environmental sustainability are likely to have negative, and possibly, irreversible consequences. Indeed, CSA advocates emphasise the need to sustainably increase agricultural productivity and incomes.

Box: A brief history of agroecology

At the heart of agroecology is the idea that agroecosystems should mimic the biodiversity levels and functioning of natural ecosystems. Since the term was coined in 1928 by Bensin, agroecology’s transformative content, theory and practice has evolved:

Despite these broad similarities, agroecology and CSA are fundamentally different in other important regards. For example, CSA does not exclude practices and technologies that can undermine, or are incompatible with, agroecological approaches. Along with environmentally friendly agroforestry and intercropping practices, CSA also embraces and promotes an eclectic mix of herbicide-tolerant crops, toxic insecticides and fungicides, genetically modified seeds and genetically engineered livestock and fish, proprietary technologies and patents on seeds, as well as energyintensive livestock factory farming, large scale industrial monocultures and biofuel plantations. Influential actors backing CSA also support finance and investments for market-based approaches to climate adaptation and mitigation as well as the funding of CSA projects by carbon-offset schemes. The commodification of carbon and the creation of private carbon rights in the name of ‘green growth’ is part of CSA’s agenda.

A clear definition of what CSA is – and what it is not – is absent. This allows the concept to be co-opted by some of the world’s biggest industrial contributors to climate change. Agrichemical corporations and their lobby groups are strongly represented in the major alliances and initiatives promoting CSA today. For example, CSA is one of the World Business Council for Sustainable Development’s Low Carbon Technology Partnerships Initiative’s (LCTPi) eight main priority areas, and involves major corporations in the food and agriculture-related sectors. The programme is co-chaired by Monsanto and also includes Yara, DuPont, Dow, Olam, Walmart, Tyson Foods, PepsiCo, Diageo, Starbucks, Kellogg’s, Jain Irrigation, ITC, Uniphos, Coca-Cola and Unilever. In today’s competitive world capitalism, the chief executives of all these companies involved in CSA are obliged to prioritise profits over equity and sustainability.

CSA – and the corporate version of CSA in particular– thus represents a continuation of business-as-usualal industrial agriculture in which farmers are increasingly dependent on agrichemical corporations for external inputs and global commodity markets for the sale of their farm produce. Moreover, the corporate drive to expand CSA markets for nitrogen and phosphorus fertilizers, as well as genetically uniform seeds, is likely to further destabilise the earth system and its capacity to support contemporary human societies. As such, CSA’s practices are not at all compatible with the more transformative visions of agroecology.

Four dimensions of agroecology for food sovereignty make it radically different from the vision of CSA and conventional development.

1. A new modernity and peasant identity

The 2.5 billion small scale farmers, pastoralists, forest dwellers and artisanal fisherfolk  that still provide most of the world’s food through localised food systems, are largely ignored, neglected or actively undermined by governments and corporations. First, the dominant development paradigm envisions having less people living in rural areas, farming and depending on localised food systems. Many development policies are indeed based on the belief that those subsistence producers should ‘modernise’ as quickly as possible. They should become fully commercial producers by applying industrial food and agricultural technologies that allow for economies of scale. Second, the global restructuring of agri-food systems threatens local food systems, with a few transnational corporations gaining monopoly control over different links in the food chain. This modernisation agenda is seen as desirable and inevitable by most corporations and governments. 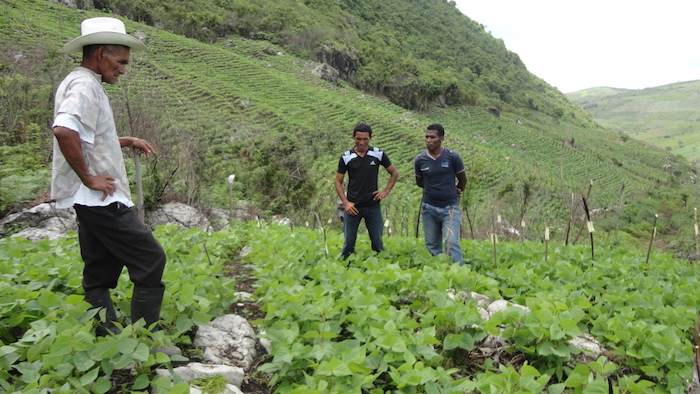 However, the idea that small scale producers and indigenous peoples as a group are bound to disappear reflects just one vision of the future – it is a political choice that is disputed and rejected by social movements working for agroecology and food sovereignty. A process of ‘re-peasantisation’ is slowly unfolding as more national and regional organisations proudly embrace the term ‘peasant’ to describe themselves, projecting an alternative identity and modernity rich in meaning and hope for the future. Embraced by a growing number of youth, this vision of modernity rejects the idea of development as a process of commodification of nature and social relations and looks to other definitions of ‘the good life’ – including Buen Vivir or Sumak Kausai in Latin America, Degrowth in Europe and Ecological Swaraj in India.

2. From linear to circular food systems

Agroecology in the context of food sovereignty goes much further than CSA’s focus on agricultural production alone: it questions the structure of the entire food system. From field to plate, the globalised supply chains that feed the world rely on the intensive use of fossil fuels for fertilizers, agrochemicals,  production, transport, processing, refrigeration and retailing. Together, these are a major contributor to climate change and air pollution. Worldwide, food and agriculture may be responsible for up to 50% of global GHG emissions. Modern industrial food, energy and water systems are fundamentally unsustainable. The imperative is now for transformation rather than reforms that leave the basic structure of modern food systems unchanged.

An alternative to the conventional development model is to shift from linear systems to circular ones that mimic natural cycles. This can be done by adopting two ecological principles. The first is that nature is based on nested and interacting cycles – for example, carbon, nitrogen, phosphorus and water. The second is that ‘waste’ is converted into a useful form by natural processes and cycles, ensuring that waste from one species becomes food for other species in the ecosystem. In circular production systems,  specialised and centralised supply chains are replaced with resilient and decentralised webs of food and energy systems that are integrated with sustainable water and waste management systems. Circular systems can be developed at different scales, from individual farm plots to entire cities.

Well-designed circular systems based on cooperative, communal and collective tenure over land, water, seeds, knowledge and other means of livelihood can: reduce fossil fuel use and emissions; increase food, water and energy security; create jobs; boost incomes; and, promote resilient and self-reliant communities that are inclusive of gender, race, class, disability, ethnicity and difference.

In sharp contrast to CSA and conventional development, a transformative agroecology and food sovereignty seeks to reduce dependence on corporate suppliers of external inputs and distant global commodity markets. This vision for the transformation of the dominant agri-food regime translates into an approach that emphasises forms of economic organisation and regeneration based on five changes:

At a deeper level, it is also becoming clear that a fundamentally different kind of economics is needed for a widespread shift to agroecology and food sovereignty.

One of the clearest demands of the agroecology and food sovereignty movement is for citizens to exercise their fundamental human right to decide their own food and agricultural policies (Nyéléni, 2007). Food sovereignty is indeed perhaps best understood as a process that seeks to expand the realm of democracy and freedom by regenerating a diversity of locally autonomous food systems. Democratising food system governance means enabling farmers and other citizens, both men and women, to directly participate in the choice and design of policies and institutions, decide on strategic research priorities and investments, and assess the risks of new technologies. This can be best done through an expansion of direct democracy in decision making in order to complement, or replace, models of representative democracy that prevail in conventional development.

The struggle to democratise agricultural research for agroecology and food sovereignty is emblematic in this regard. Social movements and activist scholars acknowledge that technological fixes are not enough and view science as part of a bottom-up, participatory development process in which farmers and citizens take centre stage. In this approach, instead of being passive beneficiaries of ‘trickle down’ development or technology transfer, food producers and citizens participate as knowledgeable and active social agents, including in setting upstream strategic priorities for national research and its funding.

CSA and agroecology are no interchangeable concepts nor practices that can easily coexist. They represent two fundamentally different visions of development and well-being. CSA is mainly designed to serve the interests of agribusiness and the financial industry. Its powerful supporters and lobby groups are committed to conventional development based on uniformity, centralisation, control and the expansion of global markets – including new carbon markets. In contrast, a truly transformative agroecology aims to rebuild a diversity of decentralised, just and sustainable food systems that enhance community and social-ecological resilience to climate change. Its supporters seek to deepen economic and political democracy while inventing a new modernity based on conviviality and plural definitions of well-being.

Michel Pimbert (michel.pimbert@coventry.ac.uk) is the executive director of the Centre for Agroecology, Water and Resilience at Coventry University, United Kingdom.

This article is based on the author’s original article: Agroecology as an Alternative Vision to Conventional Development and Climate-smart Agriculture, Development (2015), 58(2-3): 286-298. It was first published in Farming Matters, June 2017