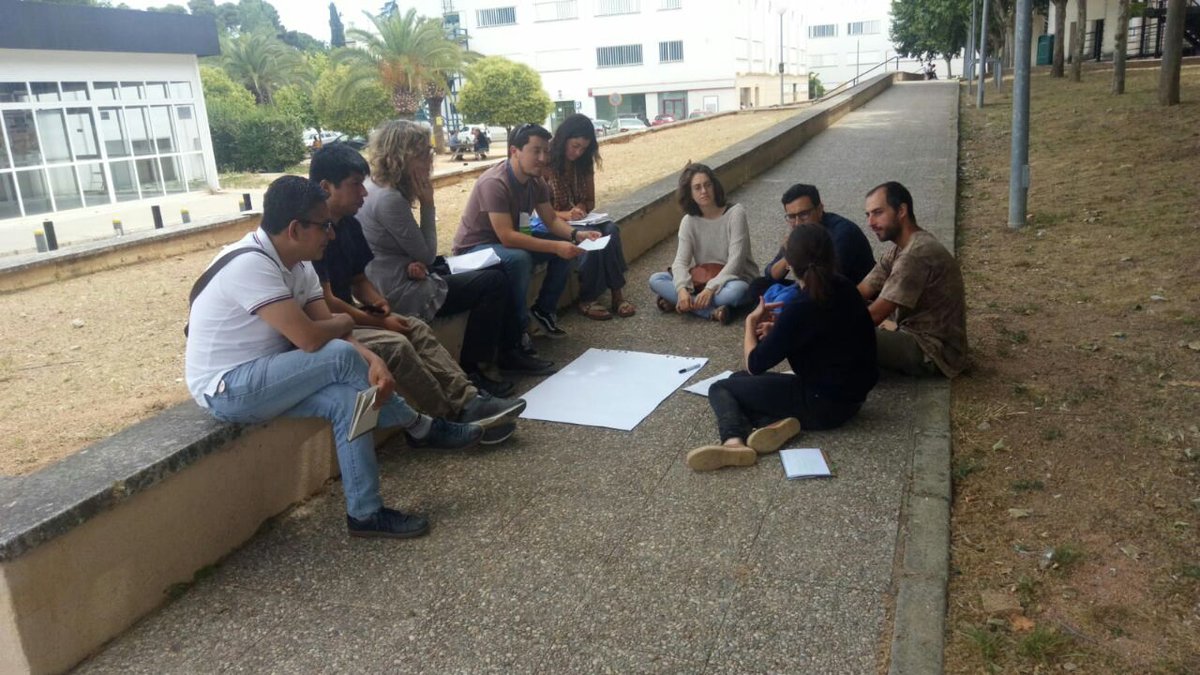 From 30 May 30 to 1 June of this year, over 450 people came together for the VII International Agroecology Congress at the University of Cordoba, Spain. At the end of the event, they published the following manifesto (translated by Cultivate! from the original in Spanish). 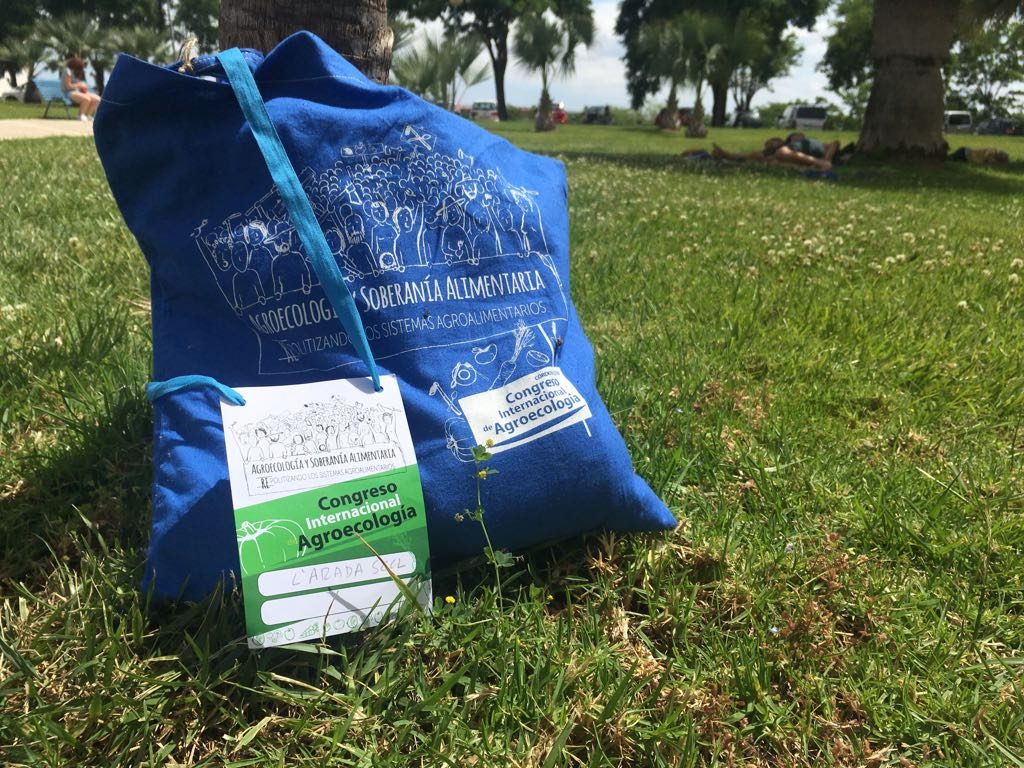 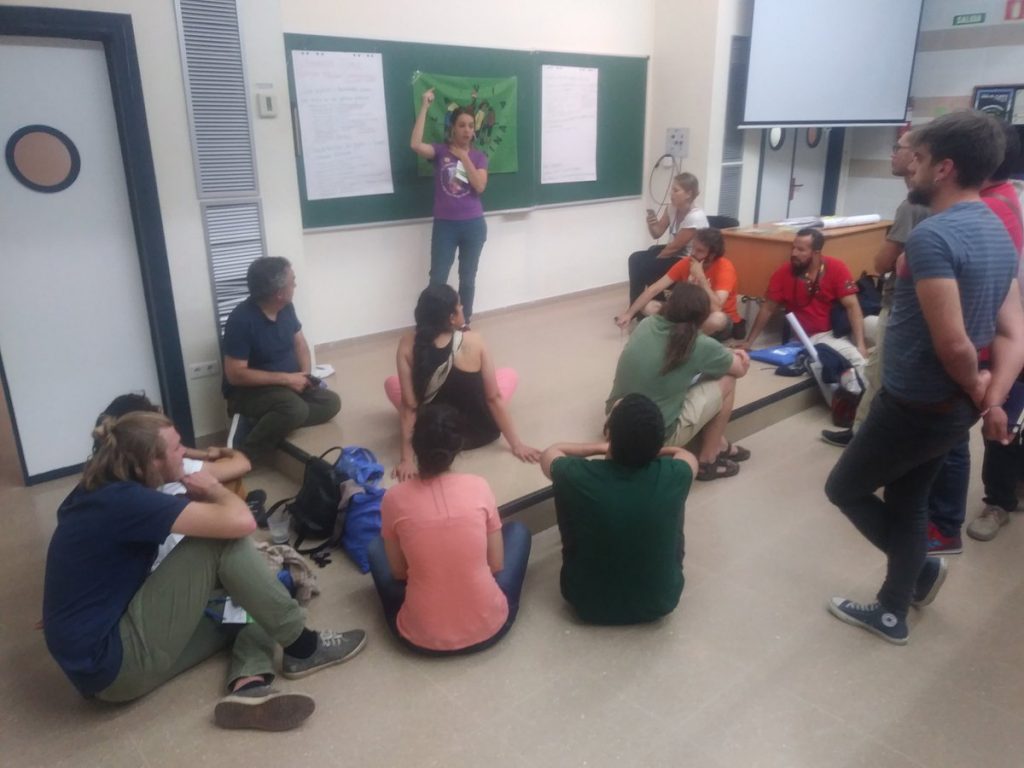 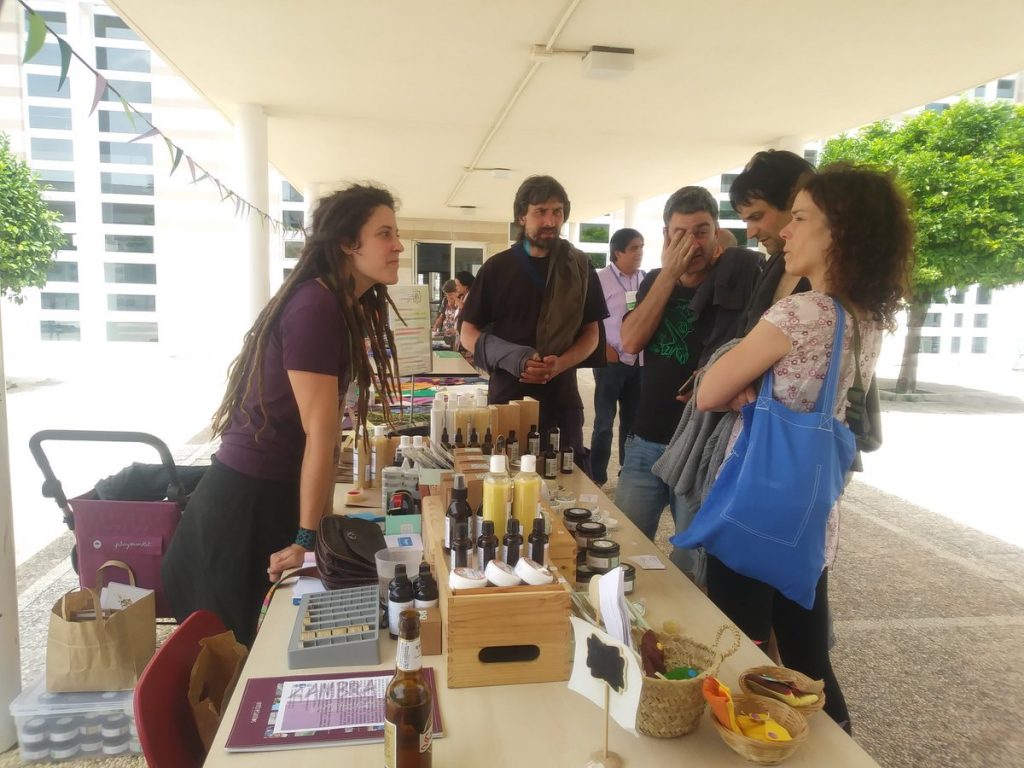 The people gathered at the VII International Congress of Agroecology: farmers, livestock, fisherwomen, researchers, students, educators, communicators, activists, promoters and technicians, belonging to different organizations, networks, social movements, unions, universities, media, we want, first of all, celebrate our participation in this meeting and exchange space to build synergies and feed support among those of us who work for food sovereignty and for an agrifood model that puts life at the center.

From Córdoba we want to mention the compañeras and friends who are also gathered at the National Meeting of Agroecology in Belo Horizonte-Minas Gerais, Brazil and also the compañeras of La Vía Campesina who met a few days ago in Havana to share and continue to build spaces of technical and political education among the peasantry with their own pedagogical tools since our struggles are common and the exchange between us is fundamental to strengthen and enrich the various forms of resistance.

We believe that agroecology can be a tool to act in response to many of the challenges we are facing in the current systemic crisis (energy, climate, biodiversity, destruction of the oceans, materials, productive, financial, inequalities, politics, etc.) In this way we reaffirm the need to work together and from the bottom up for agroecology and for food sovereignty by re-politicising agri-food systems and building new worlds where we all fit. From here we call for daily activism and articulation against the institutionalisation, co-optation and appropriation of the term “agroecology” by those who use it to serve the interests of a “green and blue capitalism” and a “sustainable development” that reinforces the accumulation of capital totally contrary to the care and sustainability of life.

We believe that it is urgent to territorialise and democratise the way we satisfy our food needs by rescuing knowledge, the cultural legacy and the forms of social, economic and ecological relations of the diversity of cultures that exist in the world and promoting the autonomy and sovereignty of peoples in the territories they inhabit.

We raise the need for commitment from the university and other public institutions both in support of forms of militant research aimed at transforming action, and in the promotion of the construction of agroecological agro-food alternatives. For the academic institutions the generation of knowledge that is useful to the local communities is fundamental, as well as emancipatory projects through processes that link scientific knowledge and situated, applied and local knowledge. In this sense, it is fundamental to propose new forms and more democratic communication strategies and favour the role of community media that generate and share knowledge.

The political articulation and the construction of political subjects that are stronger, more diverse and use new styles and political cultures is part of this process of collective construction of an alternative and of building resistance to agribusiness, to GMOs, to the depletion and abandonment of peoples, territories and landscapes. We commit ourselves to reinforce and create new links with those who defend another possible model that puts life at the center: producers, peasants, fisherwomen, indigenous people, consumers, academics, NGOs, trade unions, local institutions, students, etc.

We believe that the recognition and application of the Human Right to adequate food and nutrition and the declaration of the rights of peasants and other people working in rural areas should be key elements in the path towards food sovereignty and, therefore we must all defend them.

Agroecology has to dialogue with other critical perspectives such as the social and solidarity economy to strengthen each other. This means confronting capitalism by building alternatives that take us out of the systemic crisis provoked by the political and financial elites. It is necessary to continue advancing to ensure the access of the most precarious population to the agro-ecological food, but also to increasingly disregard work in the production of food. Agroecological experiences and social and solidarity economy are sources of inspiration for what could be a different economic system that may trigger the joy of doing, translating it into action and allowing us to prove that reality is transformable. Utopias built from our daily life and the lives of those who share our coexistence, our community, our society.

It also requires training spaces, articulated between academia and social and peasant movements, with appropriate pedagogical and research content and methodologies that are collectively constructed.

In addition, agroecology will be feminist or it will not be. It is urgent to break the molds of the hetero-patriarchy and its forms of domination over territories and bodies. Agroecology must build lives that are worth living, incorporating the agenda of women and their knowledge. Agroecology should contribute to the liberation and healing of bodies, denouncing the multiple oppressions and violence that are exercised over them. A feminist agroecology must be constructed accepting and claiming diversity, detecting and disarticulating power relations, collectivising care, building spaces and practices of freedom and autonomy from interdependence and new ways of sustaining life from feminist and ecological economies.

We are committed to an intersectional agroecology and we want to support the struggles against capitalism and against racism that are taking place in the different territories. From here we stand in solidarity with fellow Nicaraguan students who are suffering a brutal repression these days, with the Palestinian compañeras, with the Mapuche. We demand the rebellion of all these struggles in the face of the globalization of plunder, hunger and poverty.

Nor can we forget those struggles that are taking place in our territory and that continue, we continue fighting and defending other forms of life, other agriculture, other forms of fishing, other livestock, other food, other rural means and other forms of democracy. Individuals and peoples must have the right to decide their policies and their forms of social organisation.

In addition, we would also like to name those people who are no longer there but who have dedicated their lives and have put their bodies in the fight for the defense of the territory like Berta Cáceres or so many activists who were killed for believing in a more just world, such as compañera Sandra Santoyo, or our colleague Mariano who died these days in Asturias. All of them are present in us, breathing through our lungs, working with our hands and fighting, dreaming and rebelling through our heads and in our hearts. 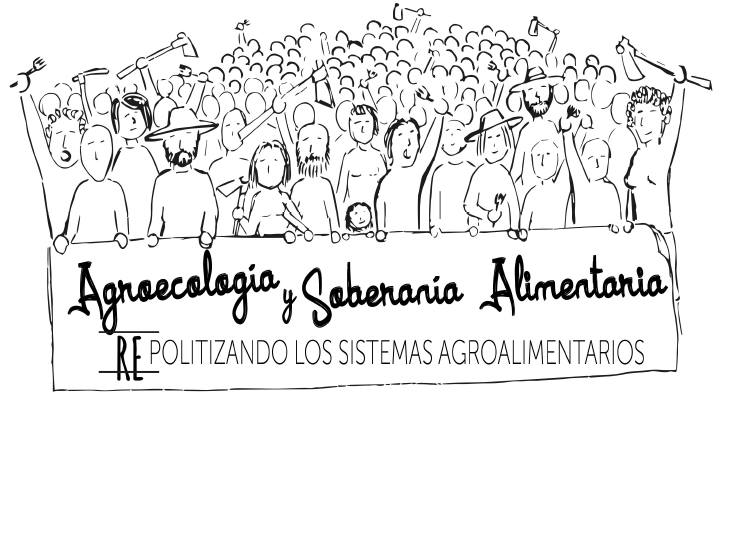