Knowledge held by citizens provides insights about new food cultures and practices. While acknowledging the usefulness of top-down tools, Oliver De Schutter argues that the state should also embrace the need to learn, observe and be surprised by citizen-led initiatives. 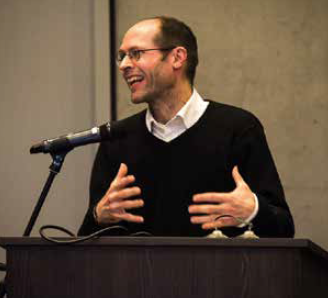 The transition towards sustainable food systems has often been conceived on the basis of two sets of instruments: legal regulations that impose certain ways of acting and prohibit others, or economic incentives such as taxes and subsidies to reward good practices and discourage less good practices.

This classic view of transition operates on the basis of a conception of power that is top-down and centralised. In this view, power is something we take, grab, or fight for, instead of a much more decentralised concept that needs to be exercised across view on transition imposes uniform solutions across the board without taking into account local contexts, available local recourses, and the motivations that people have to act together. This way of conceiving the transition to sustainable food systems is now recognised as insufficient. We must think of another way.

A different understanding of transition starts from the bottom and from local solutions, rather than from the top and the centre of political power. Alternative food networks are bourgeoning at the local level and are defining solutions for the future based on local knowledge. Another characteristic of new transitions is that the solutions do not come from technicians or experts or those who retain a monopoly of knowledge. The solutions come from ordinary women and men who invest time and energy in working out alternatives for their immediate environment.

Beginning from the local also allows building hybrid government systems in which politicians, economic actors and civil society organisations can join efforts in one single forum to rethink their food systems and invent new solutions. Now the challenge for public action is therefore to redefine its grammar in order to learn from these local-level, citizens-led initiatives.

The two views must be reconciled. Traditional top-down tools remain useful in certain contexts, but perhaps the state -and politicians more generally- should also understand that they need to learn, observe what is going on, be surprised by what these initiatives can teach them and, finally, they have to put public action at the service of citizen-led initiatives.

Olivier De Schutter (olivier.deschutter@uclouvain.be) is a Professor of at the Catholic University of Louvain and at the College of Europe, and he is co-chair of IPES-Food. He was the UN Special Rapporteur on the Right to Food from 2008 – 2014.

This is an excerpt from Olivier’s speech at the Voedsel Anders conference on fair and sustainable food systems, February 2016, Wageningen, the Netherlands.