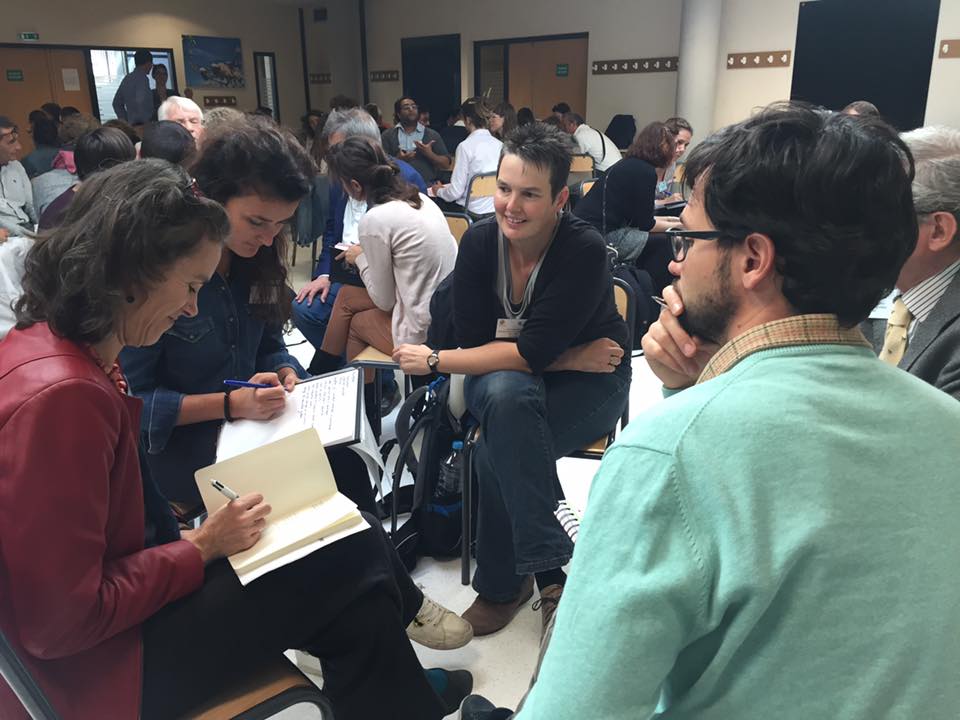 This October, scholars and students from across Europe came together for the first time to discuss how to connect the science, movement and practice of agroecology. Peasants, urban dwellers, and representatives of social movements and NGOs were invited to participate and share their perspectives.

On the initiative of Agroecology Europe, from 25 to 27 October 2017 over 300 persons met at ISARA Lyon, France, to exchange about agroecology and build a common understanding for the future of food and agriculture in Europe and in the world. The event was organised with the support of Cultivate!, Friends of the Earth Europe, Oxfam Solidarité, MISEREOR and SEAE. The participants came from 28 countries in Europe and worldwide, including presence from Latin America, North America, Africa, and Asia. While the majority of participants were connected to academia, there were also farmers from different countries, as well as representatives of peasant movement La Via Campesina and Urgenci, the movement of community supported agriculture networks.

Fostering synergies among science, practitioners and social movements was a central objective of the Forum, and this turned out to generate some fundamental questions:

The question was raised how better connections can be established between peasants, consumers (co-producers/eaters), researchers and policy makers to foster healthier, more equitable practices. A call was made to elaborate diverse public policies that provide localised solutions and actually respond to farmers’ and local communities’ collective needs. In that light, the European Common Agricultural Policy was challenged for its lack of explicit support to agroecology and small scale farmers.

Putting peasant knowledge at the centre

Michel Pimbert (Centre for Agroecology, Water and Resilience) emphasised the need to democratise research: “Food producers have the right to co-define research agendas and participate as equal researchers.” 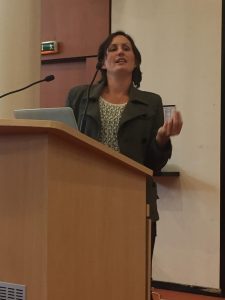 Similarly, Lynne Davis of the European Coordination of La Via Campesina highlighted the power imbalances in mainstream research and stated that “to counter these power dynamics for agroecology, we must redefine the knowledge systems and value the knowledge held by peasants.”

Building on that notion, Jan Douwe van der Ploeg (formerly at Wageningen University) emphasised the need for agroecological researchers to recognize, support and build on the many ‘hidden treasures’ contained in peasant practices. Indeed it is critical that the process of amplifying agroecology in Europe has peasants at the centre.

Paulo Petersen (AS-PTA, Brazil) shared experiences from Brazil: “Often, farmers don’t know that what they do fits with the principles of agroecology. In Brazil we build our movement by identifying these practices and the people behind them. And we build networks around concrete examples. It is not a top down process. It would be very crucial for Agroecology Europe to also make a real effort to identify and find those people and bring them together; in rural, but also in urban areas. The leadership of women in this process is central. We need a paradigm shift to understand the potential of agroecology. Agroecology is a shift of both paradigm and perception.”

Continuing the conversation for better collaboration

“The participation of social movements at this forum was essential to bring in the voice of the farmers who are at the forefront of the agroecological transition. For social movements, agroecology is not just a set of practices but also a political proposal” said Janneke Bruil of Cultivate!.

Civil society organisations shared the strategies to promote agroecology that were elaborated through an inclusive, historic process called the Nyéléni movement for food sovereignty. This process is led by food producers but also covers alternative food distribution and consumption and has an academic constituency of allies, some of whom also participated in the Lyon forum. According to Stanka Becheva of Friends of the Earth Europe “agroecology requires a transformation to a new food and farming system based on peasant practices and within the framework of food sovereignty. Anything that is developed outside of this framework has nothing to do with agroecology.” 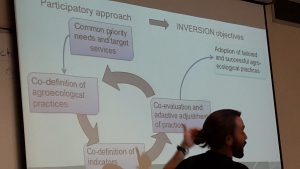 A possible framework for science-farmer collaboration

Participants agreed to continue the conversation on how different actors can collaborate better in amplifying agroecology, how to ensure that the knowledge of those who produce food and build collective territorial food systems is valued more in future research, and how work can be carried out in synergy to increase the inclusive right to food and nutrition, for better agricultural, food safety, land ownership, education, nutrition and public health and other related policies in support of agroecology.

The Forum demonstrated once more the importance of ensuring that agroecology, as it is increasingly discussed at academic fora and in political conferences, remains in the hands of people in the territories, who practice agroecology in order to achieve food sovereignty.

This text was jointly elaborated by members of civil society to share first highlights and impressions of the Forum.