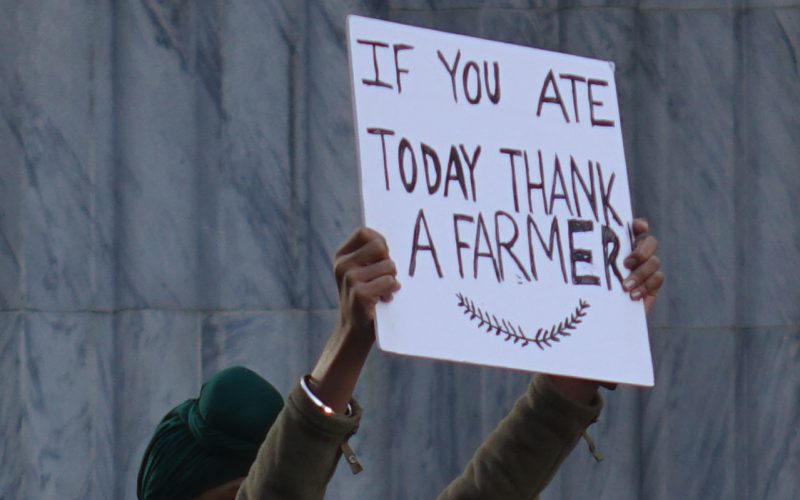 Agroecology will be one of the many ‘game-changing solutions’ discussed during the pre-Summit of the United Nations Food Systems Summit (UNFSS) taking place between 26 – 28 July. It will be the subject of a dedicated session on Monday 26 July and a draft Summit declaration meant to inspire joint action around agroecology is currently in circulation for endorsement by governments and other stakeholders.

It is testimony to the tireless advocacy work of social movements in the last decade that agroecology is now being promoted as a pathway towards sustainable food systems. The central question however is whose definition of agroecology will prevail given that, as TNI and others have written, agroecology has been subject to significant corporate capture.

For those of us that see agroecology as an emancipatory approach to food system transformation that starts with valorizing the agency, knowledge and practices of small-scale food producers and indigenous peoples, the signs are troubling.

Agroecology currently finds expression within the Summit architecture under solution cluster 3.2.3 entitled ‘Transformation through agroecology and regenerative agriculture’. The framing of the solution cluster contains many positive elements, outlining that approaches which fall under this solution cluster are those that are anchored in the 13 principles of agroecology developed by the HLPE; foreground the agency of producers and consumers; involve processes of co-creation and sharing of knowledge amongst producers, scientists, and other actors through inclusive, transdisciplinary research and development; and transformations that are knowledge and skill intensive rather than capital intensive.

However, an analysis of the seven different propositions for action put forward under this solution cluster differ widely in the degree to which they align with this framing.

Let me illustrate the point based on the key dimension of agency. Each proposition is asked to respond to the question, ‘Who are the key stakeholders to be further involved in the process of developing and refining the solution idea?’ The responses are revealing:

• One proposition identifies these as commodity traders, corporations, and national governments
• Another lists amongst the most important stakeholders ‘global investors in agriculture, food and chemical fertilizers’ specifically naming major transnational corporations and commodity brokers such as Del Monte, Sucden, Mars, Unilever, and Syngenta
• Yet another proposition names big retailers, traders, and processors such as Danone, General Mills, Cargill, Walmart, and McDonalds, as the key actors involved in a game-changing proposition entitled ‘Advance wide-scale adoption of agro-ecology within farms and rangelands’
• Two other propositions focus narrowly on a sub-set of actors involved in specific elements of the food system related to issues such as agricultural insurance or finance and risk management.
• Only one proposition explicitly identifies the central actors as ‘women, men, and young farmers and family farmer organizations that know their needs and production environment best’.

It is of course absurd to include chemical fertiliser companies, global commodity traders, junk food companies and franchises, and even giant retail companies such as Walmart in a solution cluster dedicated to agroecology. This stands in direct opposition to the 13 interrelated and indivisible HLPE principles, which include cultural, social and traditional values, the agency of producers, and horizontal knowledge sharing. The draft agroecology declaration that is on the table on Monday takes the 13 HLPE principles as guidance but how this declaration relates to the solution cluster or the propositions, many of which do not take these 13 principles seriously, remains foggy.

How the vastly different, if not outright contradictory, approaches to agroecological transformation are supposed to find common ground during the Summit is unclear, to say nothing of the evident, and often serious, tensions between agroecology and the other 58 solution clusters which are feeding into the pre-Summit deliberations. As highlighted also in this academic analysis , these disconnected solutions and propositions ignore substantive questions related to trade liberalization, privatization, financialization and the broader political economy in which solutions are embedded.

All of this is reflective more broadly of a chaotic governance structure that has been a feature of the Summit process since its inception where ‘solutions’ have been proposed with very little transparency as to the overall criteria guiding their selection and the interests behind them. Until some of these fundamental challenges are addressed, the UNFSS will continue to muddle along at the risk of undermining some of the many advances made in strengthening and advancing peasant agroecology worldwide.

Sylvia Kay is project officer of the Agrarian and Environmental Justice team at the Transnational Institute. Contact: sylvia.kay[at]tni.org

This analysis was presented to the Dutch Ministry of Foreign Affairs on 22 July 2021 during a meeting about the UN Food Systems Summit called by agroecological farmers and critical NGOs.

From July 25-28, a People’s Counter Mobilisation to Transform Corporate Food Systems will take place, parallel to the UN Food Systems Summit. It will include inspiring speakers, videos and other contributions from around the world here. All events are livestreamed and you can join in. More information: foodsystems4people.org