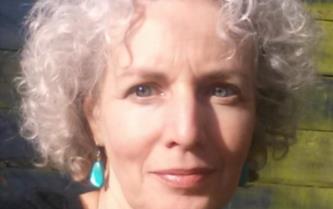 All over the world, including in Europe, women play a unique and vital role in fixing our broken food system. The prevailing view on agriculture and food in Europe and in European institutions is limited to economics and trade. In these places (old) men in suits discuss amongst themselves and take decisions. In social movements working for the environment, development, health, agroecology and food sovereignty, women of all ages are active in various roles in equal in numbers to men, or even as a majority. Women work in urban gardens, sell at farmers’ markets, do catering, process food, they are active in debates and are often leaders in these social movements.

These women make change on a daily basis. They need to be heard and taken seriously. Food is not about short term economics and power plays. Food is about health, environment, fair development, about daily life and future generations.

European agricultural policies are now designed for big industrial farms. Women hardly benefit from this because they often have smaller and multifunctional farms. Policies should not be about the production of single crops per hectare. Current European hygiene rules make it impossible for women to sell processed food, because this regulation is designed for big industrial food processing and catering. Farmers have developed and used production and processing techniques and have been doing their own plant breeding for generations. Policies and research should support further development and use of this knowledge and include female food producers in policy making. For example, public institutions could procure products locally for example schools, hospitals, municipality offices. This would give local women involved in food production a major boost.

There is a strong need in Europe to strengthen women farmers in their work, through education and training and through more supportive policies. Women farmers need access to markets, and access to land, and they need to be able to exchange seeds freely so they can have equal chances and their own, independent role in society. This way they can reclaim their historical space in food production and play a major role in ensuring adequate and nutritious food for everyone, while taking care of our future.

Hanny van Geel (Hanny@eurovia.org) is a member of the Dutch Arable Farmers’ Union (NAV), of the European Coordination of La Via Campesina and of the Dutch Voedsel Anders collective

This column was first published in Farming Matters, December 2015