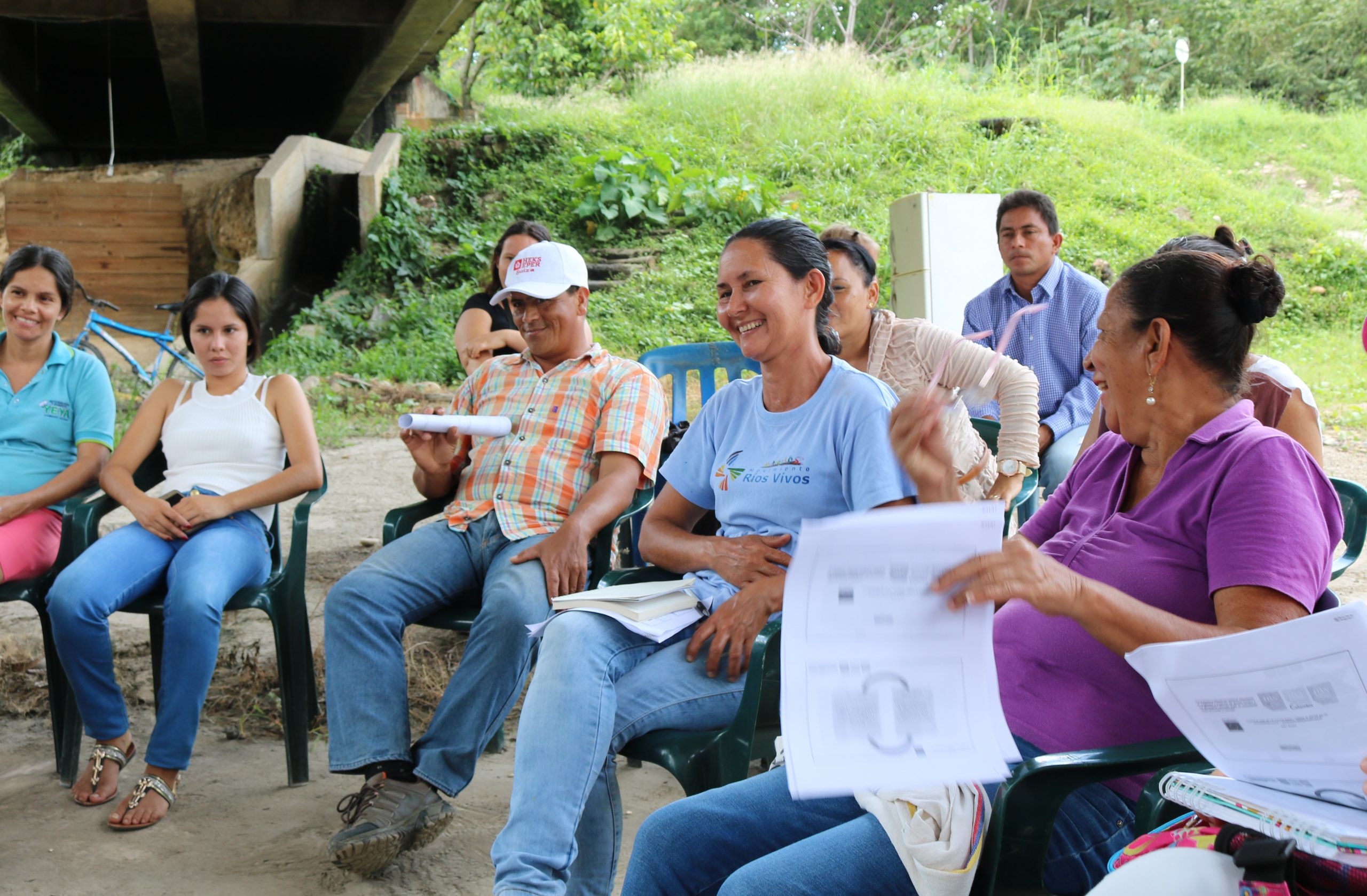 Can feminist agroecology be scaled up and out?

Read this article in pdf

In recent years, agroecology as a science, practice and movement is increasingly considered an essential tool for achieving food sovereignty. The development of innovative practices, the systematisation of experiences, and strengthened local, national and international social movements are showing that agroecology has the potential to nourish the world in a just and sustainable way.

As a result, debates have deepened on how this should be done, with the scaling of agroecology featuring prominently. Horizontal scaling (scaling out) refers to the increased aggregation and spread of agroecological projects. Vertical scaling (scaling up) is understood as the development of institutional policies and measures to support agroecology, for example through education, research, and markets, amongst others, as well as the involvement of different actors beyond producers.

The Basque Country has pioneered and inspired the movements for agroecology in Spain. Little by little agroecology is successfully scaling out, involving more and more consumer and producer groups, a successful community-supported agriculture system (CSA), and the incorporation of diverse groups of people, including youth and, at the start, women. In Colombia, women’s organisations have been promoting agroecology as a tool for peace and a model of rural development that has gradually scaled up, from community production to the adoption of national policies. These two experiences represent a scaling of agroecology, but in both cases women and the feminist perspective were left behind in the process.

Starting in 2007, the EHNE Bizkaia farmers union began to work on a territorial strategy for food sovereignty that included both training and awareness-raising on the different dimensions of agroecology and network development. This resulted in a system of community supported agriculture consisting of different producer and consumer groups, which was named Nekasarea. Producers joined the network after receiving training courses in organic horticulture, which over time turned into longer and more comprehensive courses in agroecology. By 2010 there were already 15 producer and consumer groups operating within the network, more than half led by female producers.

Although neither the courses nor the strategy for revitalisation of the territory developed by EHNE Bizkaia had an explicit gender or feminist focus, it was a pleasant surprise for them to find out that at the beginning of this process more than 50% of the participants were women, reaching up to 80% in some courses. At least quantitatively, it really seemed that the agroecological scaling process was proving to be transformative. But the success of the network attracted new people, mainly men, some of whom had found themselves unemployed because of a crisis in the Basque metal industry. There were men who were new to the farming sector, but there were also others who were partners of the women who had previously been engaged in an agroecological activity that, until then, had been a complementary part of the family economy.

The good news was that more people were seeking to develop agroecological projects.  The network scaled out quickly in a short time. In 2016, there were some 200 producers involved in the network and Nekasarea even won the prestigious Milan Pact Award. Since then, the organisation of the network has shifted towards the development of more autonomous groups.  The not so good news was that both in the training courses and in Nekasarea’s own participatory spaces, the presence of women fell significantly: in some cases from 80% to 20%. This masculinisation of the network was owed partly to the influx of new male participants, but also reflected the fact that when the agroecological enterprise became the household’s primary economic activity, the women who had previously led it, ‘ceded’ the decision making to their partners. Reverting to patriarchal logic within the family and within society, women were pushed out and also voluntarily stepped down when the economic benefits of their activities became clear. This trend continued in the following years, and in 2016 only a quarter of the then 60 consumer producer groups were visibly led by women. To this day, participation is still largely male and there is hardly mention of a feminist approach.

These developments have shown how agroecological spaces, originally primarily dominated by women, were taken over by men when they scaled out significantly. This case points to the need for women to organise amongst themselves to be able to make their needs and demands visible, not only in Bizkaia but throughout the whole of the Basque Country. Reflecting on this point, the Etxaldeko Emakumeak movement arose, an open group of women committed to Food Sovereignty. They define themselves as agroecofeminists and their raison d’être is to spread Food Sovereignty into feminist movements, and feminism into food sovereignty movements.

For decades in Colombia, women, mainly peasant, indigenous and Afro women, have developed communal agroecological processes to produce food for home consumption, to care for their environment and to build peace. They see agroecology as a tool for peace building because as a social movement it helps strengthen rural organisations and improve peasants’ living conditions. This is especially the case when they leave the ranks of war and join civil society. Agroecology can also create favourable social, economic and environmental conditions in the communities for the creation of local sustainable food networks.

As the fruit of their hard work, rural organisations also managed to put agroecology on the country’s political agenda. Women played an important role in positioning agroecology as a tool for peace, and it was finally incorporated into the Peace Agreement between the Revolutionary Armed Forces of Colombia – People’s Army (FARC EP), at the end of 2016. They made this happen through local and national level advocacy strategies, expressing the need to nurture local communities and organisations.

At the community level, women producer organisations actively participated in coordination spaces for local development to promote agroecology as a tool for peace. They developed agroecology training in rural schools, built national alliances and platforms for rural women that included agroecology and made public statements. At the national level, women engaged in monitoring and follow-up work on the peace agreement, as well as political lobbying in which women’s platforms and networks pushed for legislation that promotes agroecology.

Despite this work and the continued insistence by women’s groups, agroecology has today become relatively peripheral in the practical implementation of the Peace Agreement. The government promotes laws contrary to the spirit of the Agreement, in which agriculture is focused on increasing production and promoting industrial agriculture, even to the extent that monocultures are encouraged. Likewise, at the local level, women’s participation and proposals are often misused and misunderstood to promote productive projects that encourage the use of technological packages and production for the exclusive export of ‘exotic’ foods. For this reason, despite the strategic role of women in scaling up agroecology, their proposals for agroecology to be used as a tool for peace and community building are not reflected in the implementation of the Agreement.

Nothing built on inequality will bring justice

Although agroecology is being successfully scaled out and up in different contexts, it is happening without taking into account the underwater part of the ‘iceberg’ of the food system. The top of this iceberg, which is above the water, shows the productive aspects, yet the elements that sustain this productivity, such as the role and work of women, remain invisible. Women are still positioned at the bottom of this iceberg, due to the lack of a feminist perspective in attempts to address the food system in all its complexity.

Advancing agroecology requires raising awareness about the inequalities that arise in scaling processes.

In both the Basque Country and Colombia we see how not taking an explicit feminist approach can make advances appear successful even though they leave women behind. This is especially ironic since they were the ones who advocated for agroecology in the first place. In the case of vertical scaling up in Colombia, occupying spaces of political advocacy implies a very high cost for women (in terms of time and security). Although small achievements were made, their needs and perspectives were not given priority in practice by the state, meaning they again became invisible. In the case of Nekasarea in Spain, we see that in the scaling out of agroecological alternatives not dependent on the state, women were excluded from protagonism and decision-making as soon as the projects became economically successful and fitted the capitalist patriarchal model.

Advancing agroecological transitions requires raising awareness about the inequalities that arise in scaling processes, and questioning the institutional and organisational models (including in the family) that, as we have seen, continue to reproduce patriarchal systems. Failure to take these aspects into account leads to processes in which women gradually disappear.

No institution, organisation or network built on inequality is going to build just realities. For this reason, we believe that the incorporation of a feminist perspective in the process of scaling up and out is key for any meaningful change. We need to build new paradigms for agroecology in which women are visible and feminism is a priority.

Isabel Álvarez Vispo is the vice president and advocacy officer for URGENCI, based in the Basque Country (Spain).  Paola Romero-Niño is the general coordinator of FIAN Colombia and leads their work on feminism. Contact email: isa.urgenci[at]gmail.com