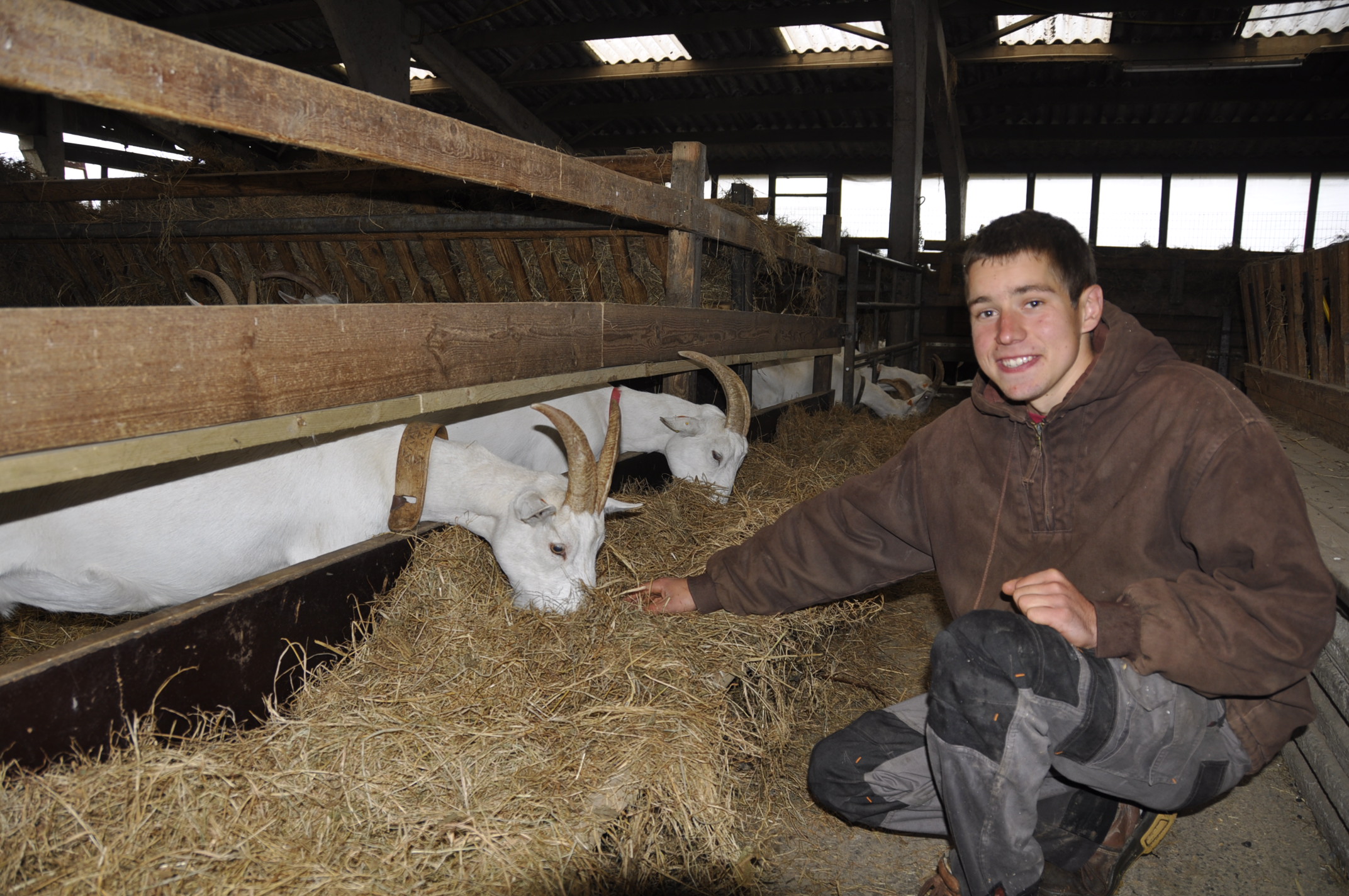 There’s a common refrain in the agricultural history of the last 50 years: go big or get out. As farms become increasingly large and specialised, small-scale farmers struggle to compete. But the farmers at Chévrerie de la Croix de la Grise, nestled in the rolling hills of the Wallonia region, refused to follow the conventional wisdom. Their story is one of near misses, intuition, and perseverance: a persistent quiet rebellion. 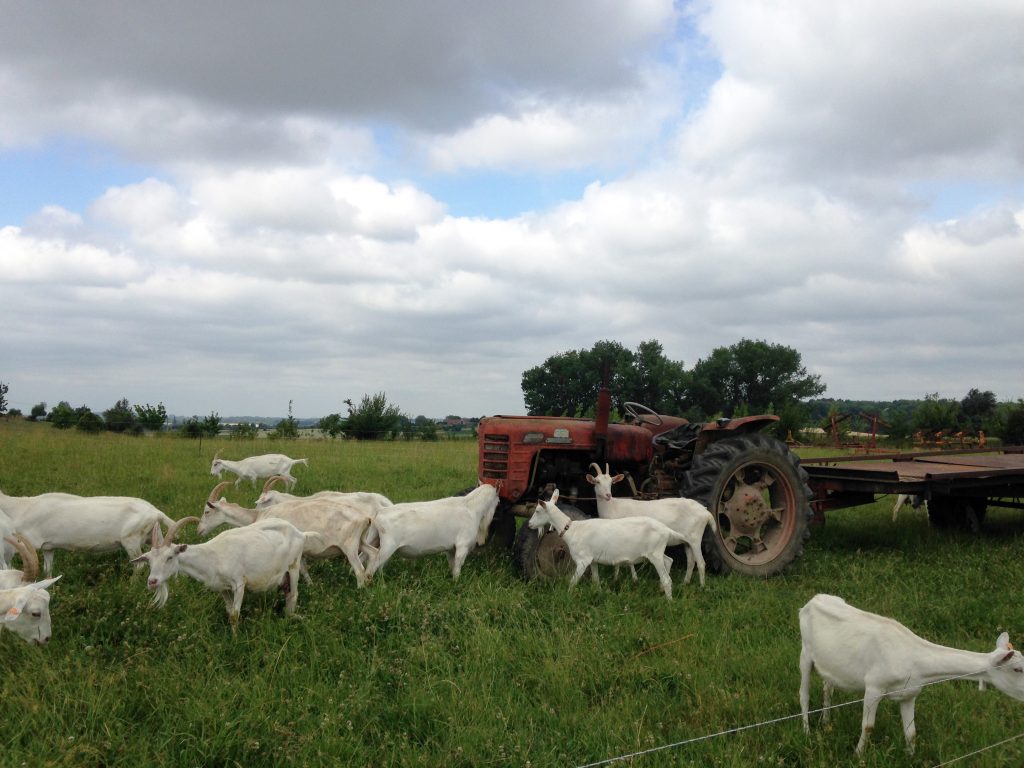 On a blistering afternoon in June 2017, I set up my tent in a sloping pasture and looked out across the hills—golden brown fields of grains, and wildflowers lining the dusty road. In defiance of my hay fever, I would be spending the next 10 days camping on a 57-acre pasture-based goat dairy in Belgium, as part of a course on organic agriculture.

While the Chévrerie, with its green pastures, flowering hedgerows and playful goats, may be the quintessential image of organic agriculture today, it began under very different circumstances. When Francis and Christiane Delobel took over a small patch of abandoned land from family in the 1980s, the fastest way to create a life farming was through dairy. Milk prices were steadily increasing, and dairy cows offered a quick return on investment. Following best practices, they bought Holstein cows, known for their productivity, and imported feed concentrates. The grasslands were plowed to grow maize for feed, and herbicides kept the fields weed-free.

Time for transition
At first, the farm was a success, but, by the 1990s, the first signs of trouble appeared in the soil. Maize monocultures had created compaction and erosion, while herbicides gave birth to resistant weeds. Meanwhile, selection within the herd for increasing productivity had resulted in a decreased disease resistance.

“They defied both agronomists and the sensibilities of their neighbours.”

When the human health consequences of chemical exposure started appearing in the family, the Delobels knew it was time for a change. In 1997, they made a radical choice and transitioned to organic. They went from being model students of the agricultural paradigm to outsiders, defying both agronomists and the sensibilities of their neighbours. The timing of transition was fortuitous, as the BSE (mad cow disease) scare spreading across Europe caused organic milk prices to rise, and they found a buyer for their organic milk.

Unfortunately, the high prices didn’t last, and their milk buyer eventually stopped coming for pick-ups. They were faced with another choice, either return to conventional production, or accept a conventional price for their organic product.

Switching to goats
Neither offered a future for the farm, so in 2002, they sold their cows and bought dairy goats. Goats produce less milk per animal than cows, but offered the Delobels an opportunity to maintain their farm on a smaller scale. While they were not the first goat dairy in the region, they were the first to raise their goats on pasture, defying convention. 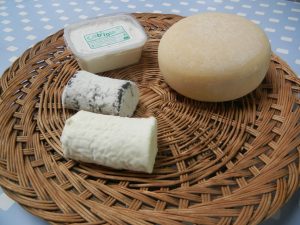 For a while, it worked, until the cheesemaker who purchased all of their milk demanded larger-scale production than they could provide and abruptly dropped the account. In response, the Delobels purchased some secondhand equipment, and learned to make their own cheese, creating a market for their product as they went.

Today, la Chévrerie raises 80 dairy goats on pasture; makes their own feed concentrates from a cereal mix grown on the farm under low-tillage systems; and sells several types of farmstead cheese and goat milk all through short supply chains in the local region. The farm also hosts a variety of educational programs, working with everyone from young school children who learn how to milk goats or feed chickens, to graduate students using the farm as a living laboratory for research.

Rebel against fatalities of thought
In 2016, Francis and Christiane’s son, Vincent, took over the farm, and cares for the land and the goats with a passion that extends far beyond the daily chores of the job. After earning his masters degree abroad, Vincent, at 25, did what many young people find scary: he set down roots on the family farm.

“Over his lifetime, he has seen the soil on his family’s farm become fertile again, the business grow, and a community develop.”

For Vincent, the decision to farm was a natural, deliberate choice, representing a commitment and a way of life. Over his lifetime, he has seen the soil on his family’s farm become fertile again, the business grow, and a community develop around the farm. His work is mission-driven—as he says, a chance to create alternative realities, and rebel against fatalities of thought. 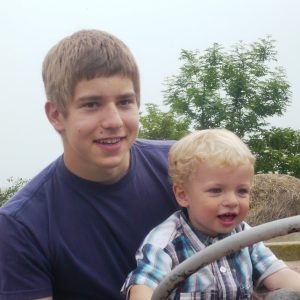 For Vincent, the future is exciting. He says that when people visit the farm, it is to find solutions. While the diversified nature of the farm requires a variety of skills, this keeps things interesting. He hopes to continue improving upon what his parents have started, and to add crops for human consumption. Already, he is experimenting with agroforestry and oat cultivation.

The Delobels rejected the go-big-or-get-out logic, and like many other small-scale, artisanal farmers around the world, rewrote the conventional story. Vincent cautions that their path is not easy, and while their choices have ensured the farm’s survival, it is a labour-intensive model. But their story, in parallel with those of many other artisanal farmers, represents the perseverance of a way of life and an ethic of care for people, the land, and animals. Every farmer’s story is unique, but from Belgium to Maryland, the collective diversity of small-scale farms weaves resilience into our agricultural system.

Laura Genello (laura.genello@wur.nl) began working at the US Center for a Livable Future in 2012, and currently attends Wageningen University in the Netherlands where she is studying for her masters degree in organic agriculture.